There is no place that’s more magical and full of wonder in the city of Madrid than the neighbourhood known as the Barrio de las Letras. Located right in the heart of the capital, the streets were the favourites of the Spanish Golden Age‘s great literary geniuses and in our times continue to be some of the chosen places for lovers of the capital.

You’re invited to explore the neighbourhood that won over celebrated writers such as Valle Inclán, Miguel de Cervantes, and Quevedo o Lope de Vega. The magical streets with very little traffic will invite you to take long walks as you enjoy the wonderful architecture of old Madrid. The cultural offerings will entice any fan of intellectual pleasures and the shopping and cuisine on offer will satisfy the appetite of anyone who has come to enjoy authentic Madrid.

The Barrio de las Letras is home to our Gran Hotel Inglés luxury hotel and that’s why we want to be your top-of-the-line hosts and guides to the best corners of the neighbourhood so you can enjoy it as much as we do.

A delightful stroll with a literary touch

A deluxe plan for a weekend break in Madrid that you can make is just walking down the Barrio de las Letras streets. You’ll love drinking up the bohemian spirit that just fills the narrow streets, most of which are pedestrian only, as well as the many squares of varying sizes such as Plaza de Santa Ana: a boisterous little lively spot, where the many bars are frequented by theatre lovers awaiting the start of the next show at the Teatro Español (Spanish Theatre).

As you walk about, don’t forget to take a look at the building facades which are largely protected as heritage sites due to their historic value. In fact, in the same area you’ll be able to see the homes once inhabited by of some of the most famous Spanish literary figures such as Quevedo o Lope de Vega. You can even visit the house where Miguel de Cervantes lived, renowned for his novel Don Quixote.

On your walk you also won’t want to miss out on Calle de las Huertas, the most popular street in Barrio de las Letras, where the cobblestones are adorned with some of the most important quotes in Spanish literature. When you get to the end of the street you’ll find yourself in the whimsical Plaza de Angel, which to this day maintains a small garden shop, a hidden-away corner of Madrid sure to enchant.

Located halfway between Barrio de las Letras. and Lavapies (another of Madrid’s most well-known neighbourhoods) you’ll find the market known as Mercado de Antón Martín. There you can enjoy a mix of truly authentic and traditional Madrid with new and modern offerings to please any taste.

The Anton Martin market is full of contrasts, with a special charm, offering the chance to taste traditional cuisine as well as international options like Japanese, Venezuelan or Mexican food.

In the market there is also a shopping area where one can find traditional souvenirs and gourmet gifts such as craft beer, fine preserves or delicious wines.

A day full of culture in the capital’s top museums

The Golden Triangle of Art (Triangulo del Arte in Spanish) is the popular name for the city’s three most important museums. This triad is found on the street Paseo del Prado. and includes the Prado, the Thyseen-Bornemisza Museum and the Reina Sofía Museum. Any lover of art and culture will melt upon visiting one of the most beautiful and extensive art collections in the world, displaying paintings all the way from the middle ages up until today.

And to top it off... A delicious dinner at the best restaurant in Madrid

Our five-star Gran Hotel Inglés is proud to be located in the Barrio de las Letras., a truly exciting area in the heart of the city of Madrid. At the end of a delightful day out, we cannot recommend highly enough the delights of our top gourmet restaurant Lobo 8.

At Lobo 8 we offer the best Mediterranean cuisine in Madrid with a modern twist using the finest market-fresh foods to produce truly delicious flavours. Relax in a delightful ambiance while sipping a glass of wine and dining on succulent dishes. We’ll be awaiting you! 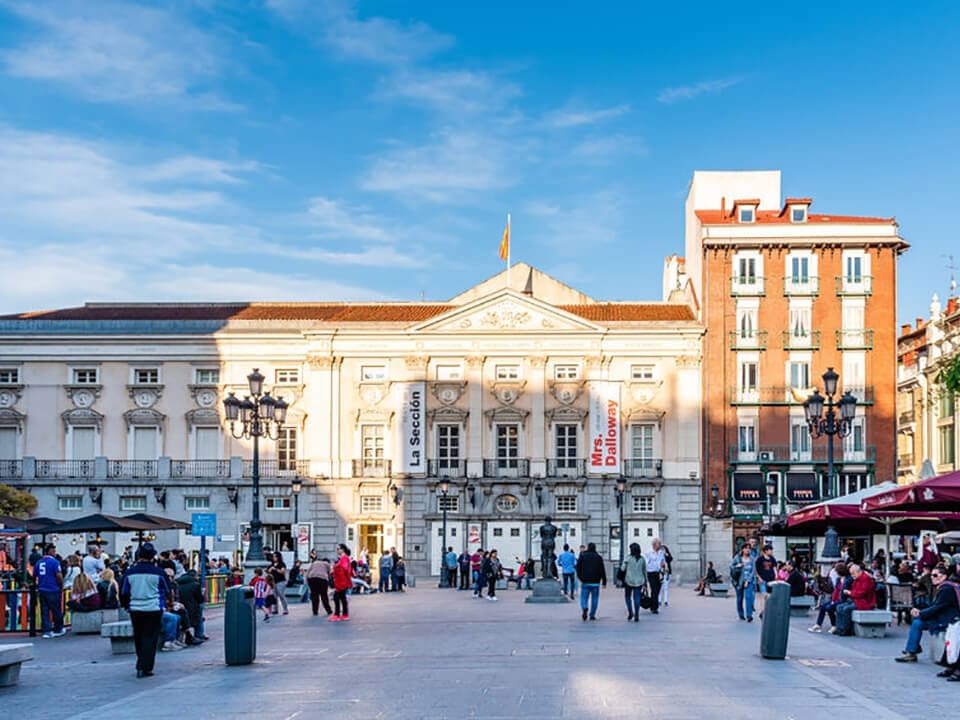