The Literary Quarter of Madrid charmed Miguel de Cervantes, Lope de Vega, Tirso de Molina, Lorca and Quevedo, but you too will be besotted with its famous landmarks should you pay it a visit. Right in the heart of Madrid, this district that was home to writers and muses takes us right back to the Golden Age of Spanish literature.

A suggestion that is convincing on its own is further enhanced by terraces that invite you to relax and enjoy Madrid’s great food, which you will find in Calle Huertas.  You can visit the same bar that Hemingway used to visit in the Plaza de Santa Ana, as a fantastic way of combining culture and pleasure.

The Literary Quarter is undoubtedly an essential ingredient in the history and culture of Madrid. If you are looking for a luxury hotel 5 stars in the "Barrio de las Letras", the Gran Hotel Inglés is your best option, from here you can get lost in the streets of this Madrid neighborhood and make contact with the same muses that inspired some of the greatest names in world literature. Let’s take a look at the past of this legendary district and highlight the points that no one should miss.

Where is the Literary Quarter?

You should know that the Literary Quarter  is not an official name, but one used by book lovers and visitors. The title is a homage to the intense literary atmosphere that infuses the area and which is still present in the form of the famous Teatro Español, the literary fragments in golden letters that adorn several streets, the House-Museum of Lope de Vega and Cervantes’ house.

According to the tourist maps of Madrid City Council, the barrio lies in the area bordered by Carrera de San Jeronimo to the Paseo del Prado (Prado Museum Most Elegant Exhibitions), Calle de Atocha and Calle Cruz. Many people would argue that it should include the area from Cruz to Calle Carretas, the shopping zone that ends in Puerta del Sol.

This is a very special area that feels distinct from all the others in the capital. The ambience of its streets combines with a unique historic heritage that is there to be appreciated by those who are fortunate enough to visit.

An area with its own story

This famed area of Madrid was home to some of the most outstanding talents in the Golden Age of Spanish Literature. Writers as famous as Miguel de Cervantes or Lope de Vega, whose houses are still conserved in the barrio, the latter being an essential museum visit for book lovers, made their homes in this district. Nor were they the only ones, because Gòngora and his eternal antagonist Quevedo also lived here, in the same house, curiously enough. Lope de Vega lived here, and so did his adored Marta de Nevares.

This congregation of literary genius created the perfect environment for the appearance of the first popular theatres in Madrid, such as La Cruz or El Príncipe and the Pacheca. This last theatre became the Teatro Español of today, and it continues to offer timeless performances for the people of Madrid.

The Literary Quarter was also home to the printing works of Juan de la Cuesta, which operated at number 87 Calle de Atocha, and this is where the first edition of the first part of Don Quijote de La Mancha, the pinnacle of 17th century Spanish literature, was printed.

Today we can see other remnants of this Golden Age of Spanish Literature that have survived to the present, like the House-Museum of Lope de Vega, where the writer lived between 1610 and 1635, the convent of the Barefoot Trinitarians where Miquel de Cervantes was buried and the church of Saint Sebastian.

The essentials of the Literary Quarter

These historic landmarks mentioned above must be on the list of any visitor to the area. The district does not live entirely in the past, however, and is very much alive today.

One example of this activity is the Frog Market, or Mercado de la Ranas, a very unusual street market that is held on the first Saturday every month, with lots of restaurants and shops taking part. Calle Huertas and the Plaza de Santa Ana are other must-sees on your visit where you can take advantage of the bars to make a stop to enjoy some fine Madrid tapas.

Another unmissable spot in the district is the Paseo del Prado, where you will find not only the Prado Museum, but also the Thyssen-Bornemisza Museum and the Royal Botanic Gardens.

Don’t miss this quarter when you come to Madrid, you will fall in love with this charming bit of history. 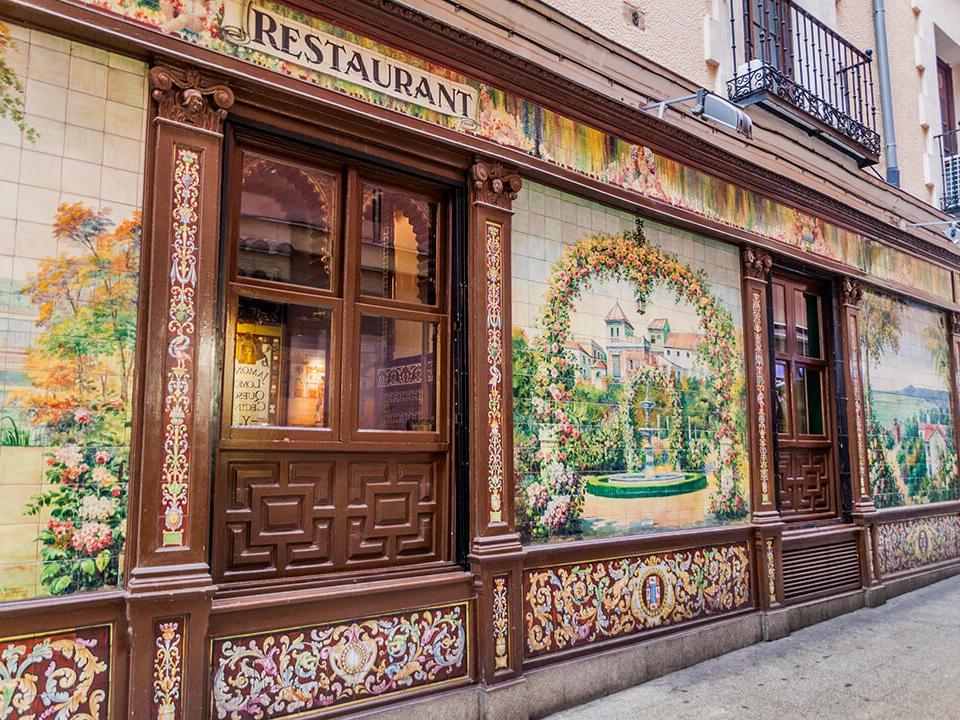