Declared a property of cultural interest in 1962 and just one year away from celebrating its first bicentenary, the Prado Museum is currently one of the best recognised art galleries worldwide, with over three and a half million visitors a year.

Along with the Thyssen-Bornemisza and the Reina Sofía National Museum, it makes up the Art Triangle, a must for art lovers. The extensive collection of masterpieces that these three centres bring together enables visitors to contemplate the evolution of painting from the Middle Ages up to the present day.

Considered by many experts to be the most important museum in terms of European painting, the Prado National Museum brings together over 8,000 paintings and around 1,000 sculptures by the most representative artists of the Spanish,  Flemish and Italian painting schools. From this distinguished collection, emblematic paintings, such as Las Meninas by Velázquez or Las Majas by Goya stand out, reflecting the tastes of the different Spanish dynasties over the years, as many of the works were commissioned.

There are also numerous works by artists such as El Greco, Bosch, Rubens, Tiziano, Murillo, Zurbarán, Fortuny, Sorolla or Van Dyck. Visitors can find references to French, German, British and Dutch painting, although their presence is more limited. Claudio de Lorena, Nicolas Poussin, Durero or Rembrandt are some examples.

Apart from the works that are permanently on display, the Prado Museum organises temporary exhibitions throughout the year which embrace artists from different schools, eras and themes. Undoubtedly, this is another reason to visit the museum if you are in the capital.

Gran Hotel Inglés 5-Star hotel in Madrid proposes a journey through the exhibitions that can currently be found at the Prado Museum.

In conjunction with the Catalunya National Art Museum and with the support of the Community of Madrid and the Banco Sabadell Foundation, the Prado Museum aims to pay tribute to Bartolomé Bermejo (h. 1440-h. 1501), a Gothic painter from Cordoba with influences  of  Flemish and Italian painting, whose work fell into oblivion following his death.

Until 27th January, Hall C of the Jerónimos Building will exhibit a total of 48 works from European and American museums, among which visitors will be able to admire some of his best known paintings: Saint Michael Triumphant over the Devil, Desplà Pietà or Antoni Joan de Tous.

Bermejo’s use of the oil technique, his capacity to develop new interpretations of the religious theme as well as the incessant search for news fields, such as landscapes or portraits, stands out.

Would you like to drink the best vermouth in Madrid? or Deluxe plans for a weekend break in Madrid.

TWELVE PHOTOGRAPHERS AT THE PRADO MUSEUM

The lower northern gallery of the Villanueva building will host this collection of 24 photographs in which visitors will be able to discover the vision of the museum and its collections of one of these artists first-hand.

Until next January, the Prado Museum will exhibit three religious paintings by the painter from Seville, Antonio María Esquivel (1806 – 1857): The Fall of Lucifer, Christ the Saviour and The Virgin Mary, the Infant Christ and the Holy Spirit with Angels in the background.

This selection of paintings brings us closer to the spirit and essence of Esquivel, an artist clearly influenced by Baroque painters, such as Murillo and well-versed in ancient sculpture, as well as anatomical proportions.

Esquivel’s work as a portraitist is just as remarkable. Often surrounded by figures from the world of literature, it comes as no surprise that writers of the period are represented in most of his effigies. Some of these works are on display in the museum, such as the portrait of José de Espronceda.

THE FOUNTAIN OF GRACE. A TABLE FROM THE CIRCLE OF JAN VAN EYCK

As of 23rd October, the art gallery opens its doors to the public to present the Fountain of Grace, an exhibition that seeks to understand the only painting from the circle of Jan van Eyck in the Prado Museum’s collection. It is a painting shrouded by an aura of intrigue and mystique, as the exact identity of the artist and origins remain unknown. It will be on display in Hall C until 27th January. 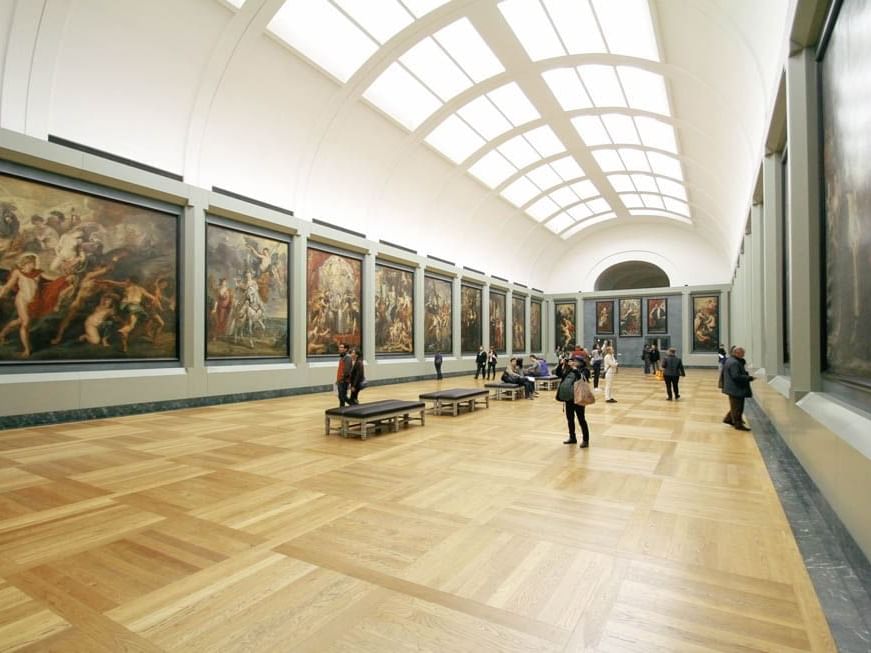