Culture and art are two of the Spanish capital’s trump cards. The museums of Madrid are an unmissable port of call for all art lovers, especially lovers of pictorial art, who will find the Art Triangle completely irresistible.

The Prado Museum, the Thyssen-Bornemisza Museum and the Reina Sofía Museum make up the three corners of this triangle and together offer a rich collection of works of art encompassing everything from the Middle Ages to the present day.

You’ll be able to find these three museums, all of them iconic landmarks in the culture and history of Madrid, in the Paseo del Prado. This is a delightful boulevard that runs from the Plaza de Cibeles to the Plaza del Emperador Carlos V, also known as the Glorieta de Atocha. During your stay at the Gran Hotel Inglés you can easily travel on foot to the Paseo del Prado while enjoying an equally delightful and history-packed tour of our beloved Barrio de las Letras district.

In this article we invite you to find out more about the Art Triangle, or Golden Triangle, and we introduce you to these three unmissable museums of Madrid, where you’ll be able to revel in works of art by some of the greatest creative masters of all time and enjoy contemporary art pieces that will utterly seduce you.

Get to know Madrid's Art Triangle thanks to our route service in this area.

It came about thanks to the collecting zeal of the various dynasties that ruled Spain over the course of centuries. The Prado Museum has borne witness to the history of Madrid; construction was started by Carlos III in 1786, but work was interrupted by the Peninsular War and the museum was not finally inaugurated until 1819.

The renown, collection and number of people visiting the Prado have not stopped growing since; attracted by the ample holdings of paintings by Velázquez, Goya, Titian and Rubens, it can boast of having the finest collections of these artists anywhere in the world.

These are joined by a major collection of works of art by El Greco, Murillo, Zurbarán, Raphael, Tintoretto, Van Dyck and Bosch, among many other classical artists.

Currently, owing  to the security measures that have been adopted to ensure the safety of all visitors, it is necessary to purchase entry tickets to the Prado Museum at least 24 hours in advance; these stipulate a time slot for your visit. Groups of over five people are forbidden and temperature checks will be made at the entrance.

The permanent collection at the Reina Sofía Museum is focused on 20th-century and contemporary art. Notable highlights include the major collection of works of art by such great Spanish artists as Pablo Picasso, Dalí and Miró. There is also a significant representation of surrealist art, as well as cubism and Neo-Figurative art.

The building that houses the Reina Sofía Museum is also worthy of mention, since it consists of a striking neoclassical edifice from the 18th century, initially designed by José Hermosilla and continued by Francesco Sabatini.

Currently open at the Reina Sofía Museum are the rooms that house its Collection 1, the Sabattini Garden, the Richard Serra and Juan Muñoz rooms and the terraces of the Nouvel building. By way of safety precautions, attendance has been reduced to a third, signposted secure routes have been introduced and hand sanitiser dispensers have been installed throughout the museum.

The Thyssen-Bornemisza museum completes the Art Triangle, both in terms of geography and in terms of the artistic offering. Inaugurated in 1992, it is the most recent of the three and draws its strength from the major collection assembled by the Thyssen barons, purchased by the state as national heritage.

The museum enables visitors to view the collection assembled by the Thyssen-Bornemisza family over the course of seven decades, with paintings that range from early Flemish and Italian canvases to contemporary works of art. It includes artwork from the Renaissance, the impressionists, the expressionists and paintings representing the main cultural movements of the 20th century.

Rounding off the Thyssen-Bornemisza Museum’s offering is a wide-ranging series of temporary exhibitions. The most recent is its Rembrandt and portraiture exhibition, which has been extended to run until 30 August 2020.

By way of safety precautions, it is compulsory to maintain social distancing and wear a mask. You are also recommended to avoid visiting in groups of people who do not live together and to purchase tickets on the museum website. 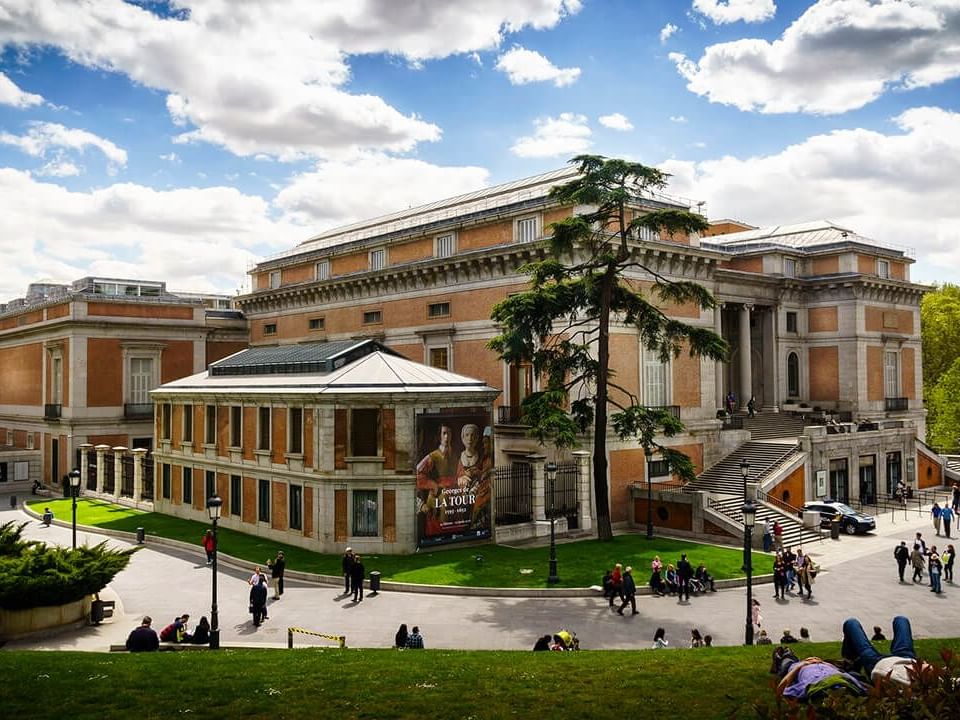