Staying at historic hotels is a veritable pleasure that extends beyond enjoying a marvellous hotel. Venues such as the Gran Hotel Inglés, our five-star hotel, an iconic part of the history of Madrid, boast a cultural interest enabling guests to connect with the city they are visiting in a much more intimate and intense way.

Guests staying at our marvellous hotel know that they will be taking part in the history of Madrid. Gran Hotel Inglés first opened its doors in 1886 and a host of artists, writers and musicians have since crossed its threshold, leaving their traces and forming part of our memories. Henri Matisse, Ramón María del Valle-Inclán and Carlos Gardel, Virginia Woolf, Buñuel and many others have assembled in its great Art Deco vestibule; this has been reconfigured as our LoByto cocktail bar, an unmissable meeting point designed to make you feel like a character out of The Great Gatsby.

Historic hotels are much more than a place to switch off and spend a dream holiday; they also offer something that is equally, if not more, valuable. So in this article we have brought together five historic hotels from all over the world that we recommend to you, starting of course with our beloved Gran Hotel Inglés, Madrid’s first hotel. This map will help you locate them.

The Gran Hotel Inglés: The capital’s oldest hotel, right in the heart of Madrid 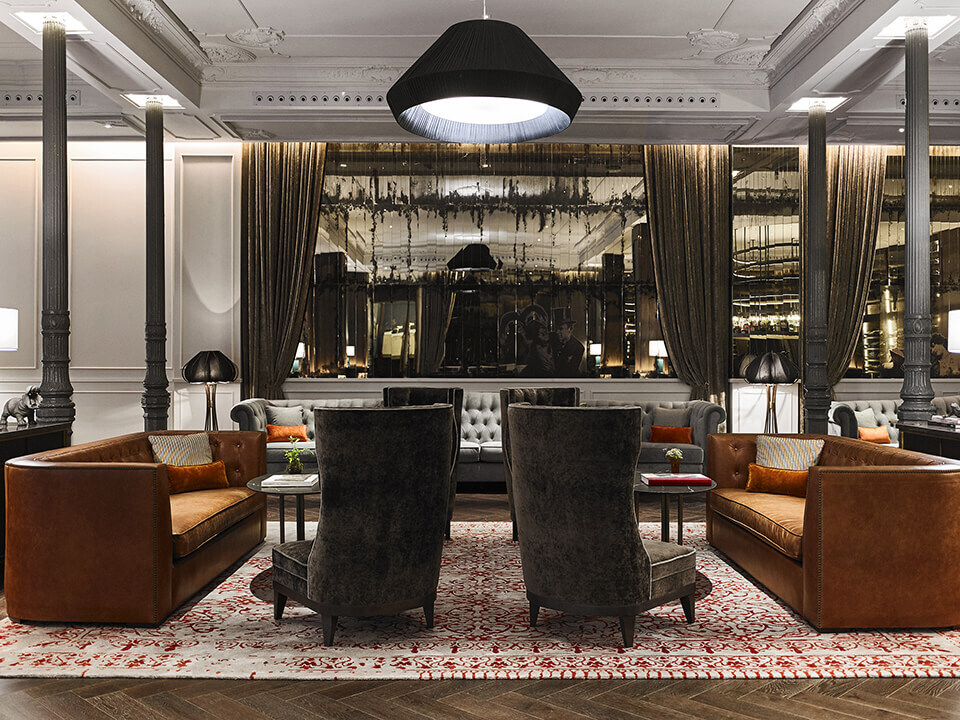 The origins of our marvellous five-star hotel can be traced back to 1886 when Agustín Ibarra, the well-known owner of the celebrated Café Inglés, acquired a magnificent house being built at number 10, Calle Lobo (now renamed Calle Echegaray) with the goal of converting it into a luxury hotel accompanied by a restaurant to rival the finest foreign restaurants.

Over the course of the next 130 years, Madrid’s first great hotel endured wars and other upheavals in the history of the capital, including a spell when it functioned as a hospital during the Civil War. Located in the heart of the Barrio de las Letras district, known as a favourite destination for Spanish and foreign writers when they visited the city, Gran Hotel Inglés has been witness to key moments in the city’s history; becoming a veritable icon of Madrid, one of the best historic hotels in the world and a benchmark in luxury hospitality. Learn more about history of Gran Hotel Ingles. 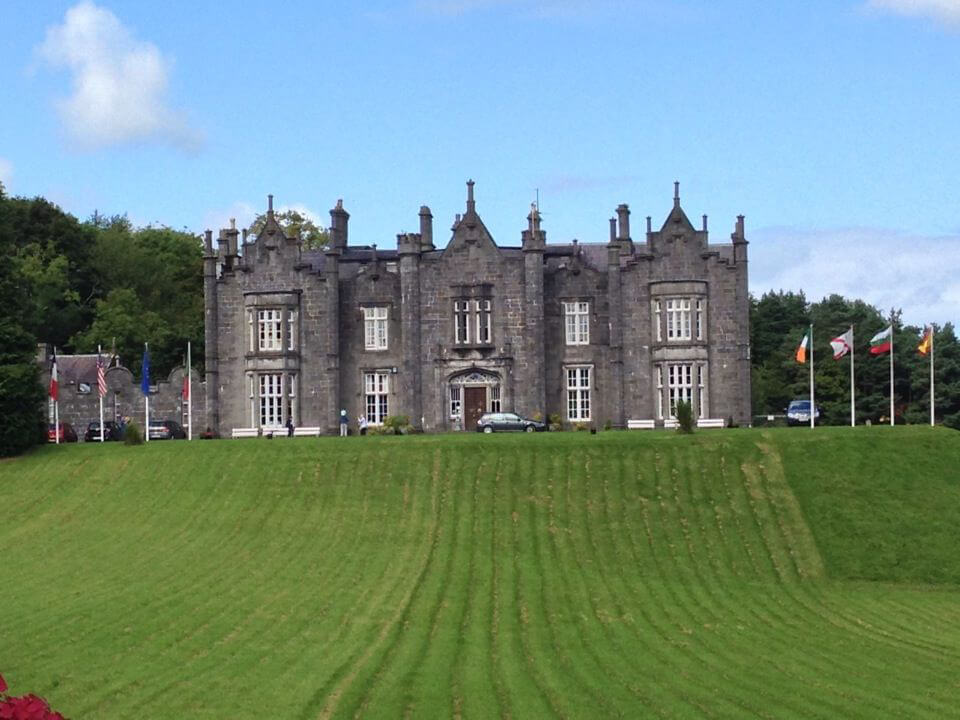 Constructed on the site of a mediaeval abbey, Belleek Castle is a neo-gothic castle converted into a hotel, and is to be found in Ballina, Ireland.

This hotel makes a perfect choice for all lovers of mediaeval charm and Irish folklore; they are given the chance to stay in an edifice dating back to 1820 with a stunning mediaeval Great Hall that will make them feel like they’ve been transported back to an age of knights and legends.

Schwarzer Bock: an authentic German inn in a picturesque city 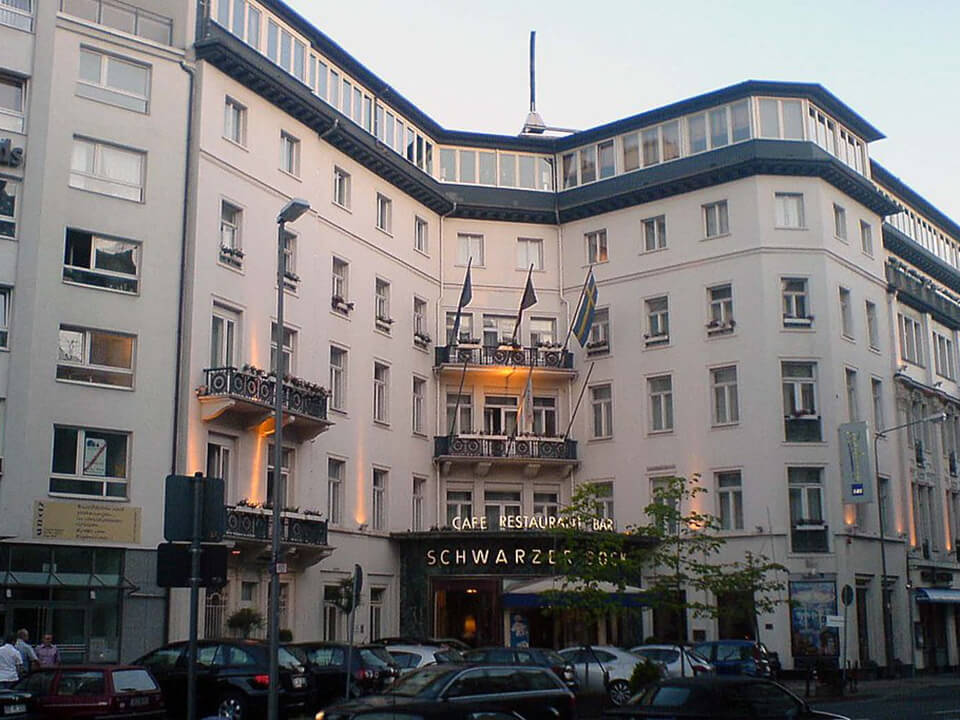 Schwarzer Bock is the perfect option if you want to enjoy the authentic experience of traditional German inns in a beautiful and picturesque city. The building, which dates back to 1500, is ideal if you’re looking for a welcoming hotel that doesn’t skimp on comfort.

Located in the picturesque city of Ansbach, Schwarzer Bock provides you with the chance to enjoy an inn that retains all the charm of the traditional essence inherent in these all-in-one taverns and eating houses, adapted to the present day. Don’t miss the opportunity to savour its delicious Bavarian food or the charm of the small German city that surrounds it. 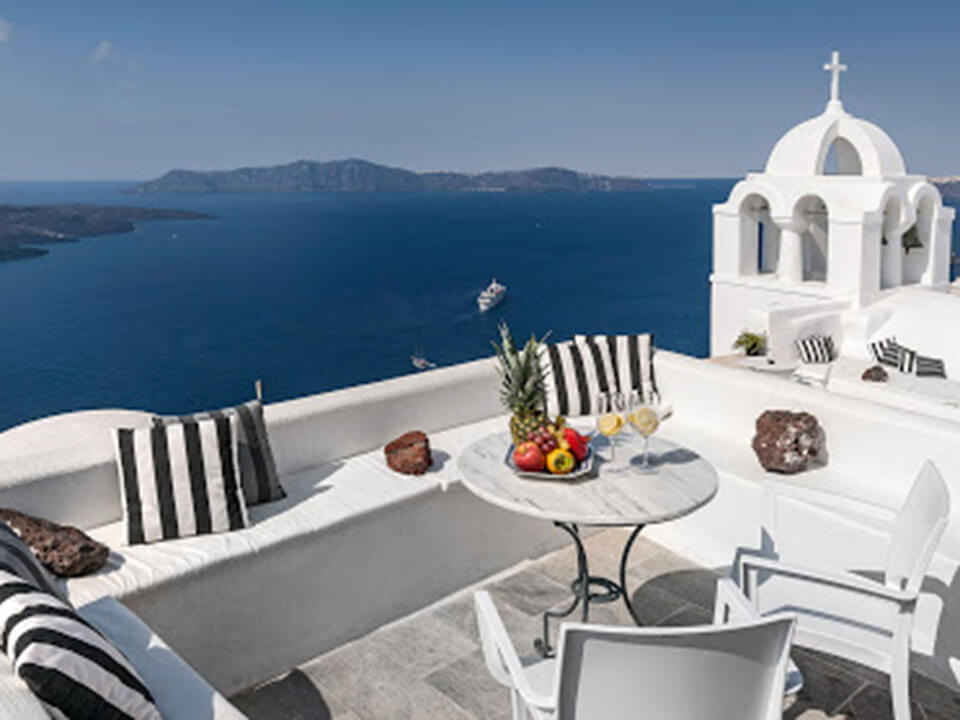 The romantic and historic island of Santorini is home to the Aigialos Hotel, one of the 26 neoclassical houses from the 18th and 19th centuries that at one point were the property of the island’s seafaring nobility.

Aigialos Hotel is found in a marvellous enclave, poised between the earth, sea and sky; just on the edge of the island’s volcanic caldera. Its whitewashed walls, in keeping with the region’s traditional architecture, perch on sheer cliff-faces; with stunning views of the famous volcano responsible for the island’s existence.

Aigialos, like all of the noble houses of Santorini, bears witness to tradition in its very name, which comes from one of winds of King Aegeus. 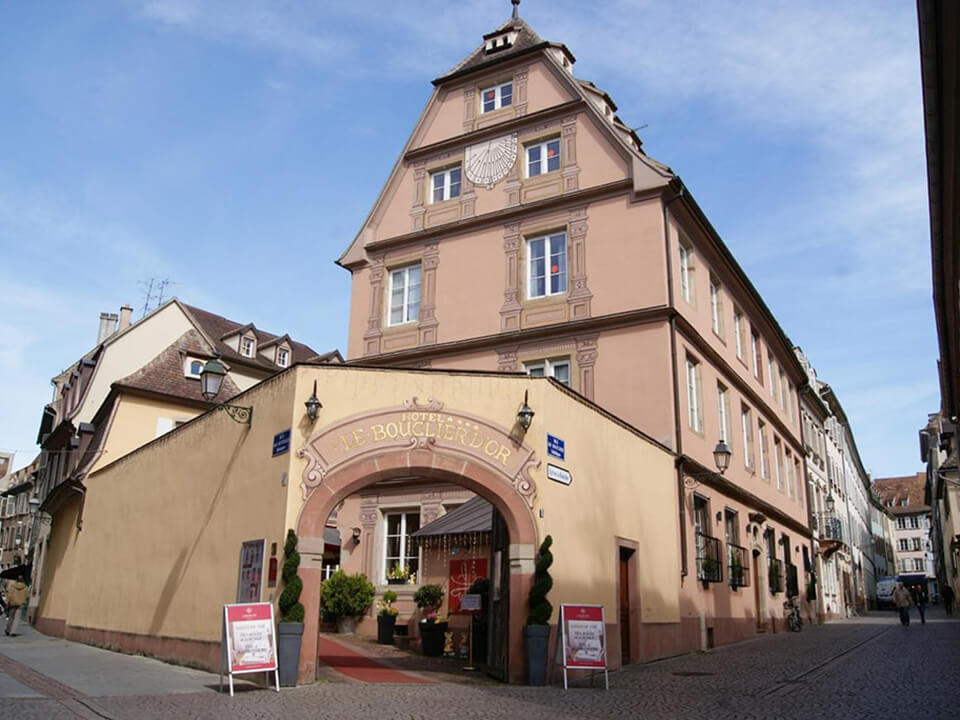 Located in the historic district of “La Petite-France” in Strasbourg, Le Bouclier d’Or provides exceptional hospitality in a beautiful mansion dating back to mid-way through the 16th century, totally refurbished with traditional materials in keeping with its character.

This hotel comprises three buildings with dates ranging from the 16th to the early 19th centuries and boasts 22 rooms which, together with its sundial, its façade and its 16th-century spiral staircase will transport visitors back to the era of great Alsatian nobility.

Choose historic hotels if you want to have a unique experience with incomparable cultural interest. If visiting Madrid, opt for the Gran Hotel Inglés; a marvellous hotel that since opening its doors in 1886 has been an unfailing witness to the history of this city. 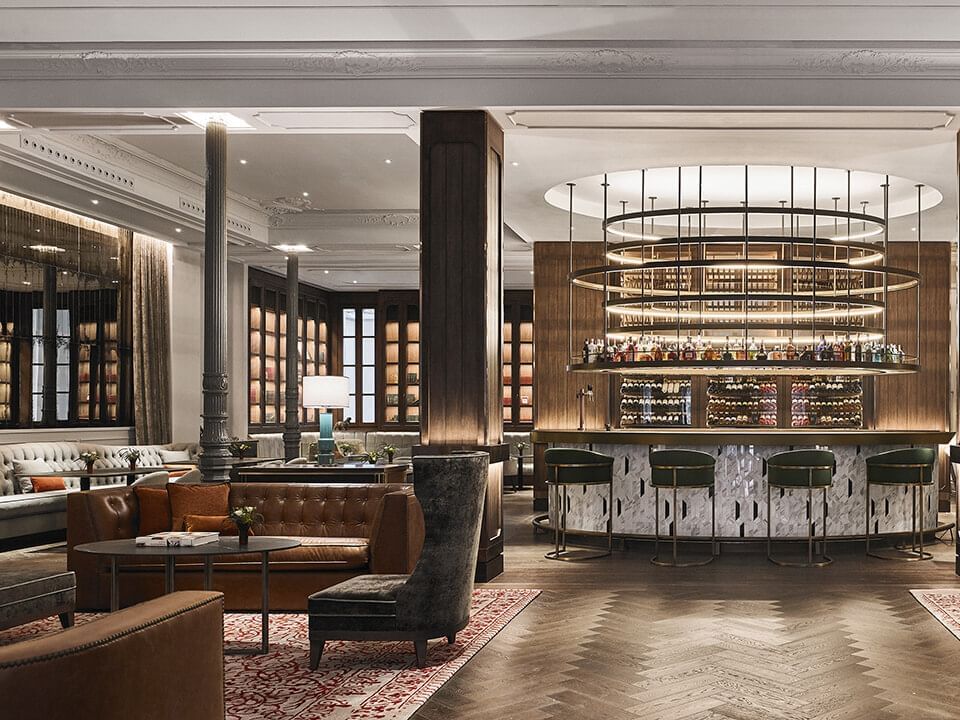