The legend of the wolf returns to Madrid with the reopening of the Casa Lobo restaurant under the stewardship of chef Fernando Arellano, recipient of two Michelin stars. Patatas bravas (potato wedges), callos (tripe) and bocata de calamares (calamari baguette), among other dishes from the Madrid chef, awarded two Michelin stars, triumph in the Barrio de las Letras district. Casa Lobo is a traditional fixture on the Madrid dining scene, but with a dash of something extra.

Arellano’s ingenuity and expertise are on prominent display in the liveliest street of Madrid at its most authentic, Calle Echegaray (formerly Calle Lobo), in the heart of the Barrio de las Letras district. Casa Lobo has historically been a meeting place for artists, actors and actresses and longstanding residents of the neighbourhood. It is also a favourite haunt of businesspeople, journalists and politicians.

The Michelin starred-chef, Fernando Arellano, has decided to use Casa Lobo to pay homage to tradition, to Madrid at its most authentic and has succeeded in restoring this place of encounter, which is defiantly different, fun and infused with history and the magic of the Barrio de las Letras.

Arellano’s culinary supervision of the team at this eatery, under the leadership of the head chef D’Angelo Bishop, as well as placing great emphasis on authenticity has delved into history and has succeeded in restoring virtually forgotten recipes of yesteryear, which were being served on the premises since before 1900, in a setting that befits the finest eating houses of the Barrio de las Letras. Casa Lobo thus re-joins the gastronomic circuit of Madrid, offering authentically Madrid-style cuisine. 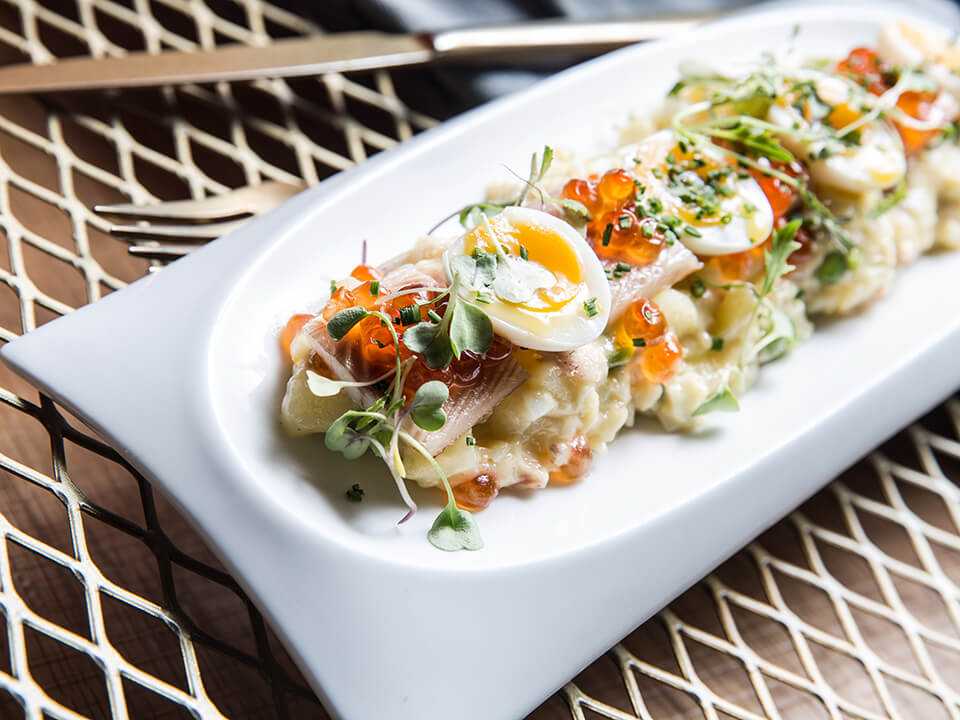 Casa Lobo’s most outstanding dishes include cochifrito (fried pieces of suckling pig) dressed in honey and spicy chorizo, traditional fried strips of cod, wedge of melting beef tongue with confitted onion and capers, oxtail cannelloni and the finest Russian salad in the city, among others.

The wolf of the gastronomic genius 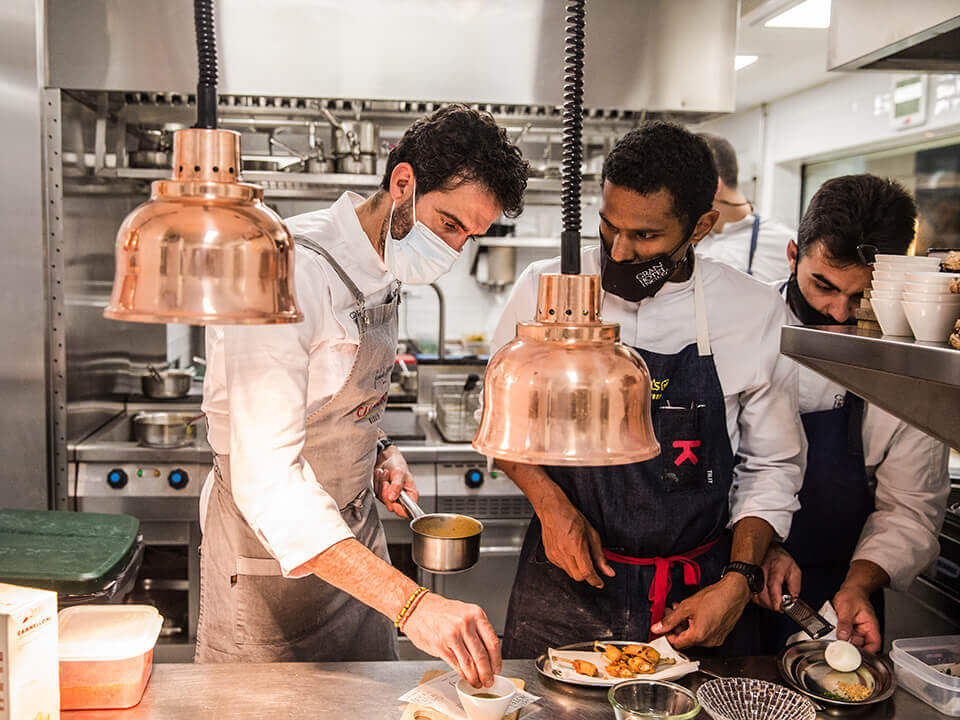 Fernando Arellano, who won his first Michelin star thanks to the Madrid dish known as cocido, returns to the city of his birth after years of successfully pursuing his career in Mallorca and reappears in the heart of Madrid at its most authentic, highlighting the most delicious traditional recipes unencumbered by frills or embellishments so that diners can reconnect with the flavours and aromas of old, but raised to a power of 1,000. A goal he achieves by dint of carefully selecting suppliers of  Michelin-quality produce, a slow, well-grounded style of cooking, and the art of finding luxury in the most authentic, simple and quotidian. All this at a reasonable price.

Chef Fernando Arellano, who has two Michelin stars to his name, has worked at such renowned restaurants as Patrick Guilbaud (Dublin), Le Gavroche (London), Don Alfonso 1890 (Naples), Maison Pic (Valence) and Can Fabes (Barcelona). In 2005 he opened the Zaranda restaurant in Madrid, for which he was awarded his first Michelin star. Following five years of success he relocated Zaranda to Mallorca, where he received a second Michelin star in 2015.

Historically, the preferred place to meet 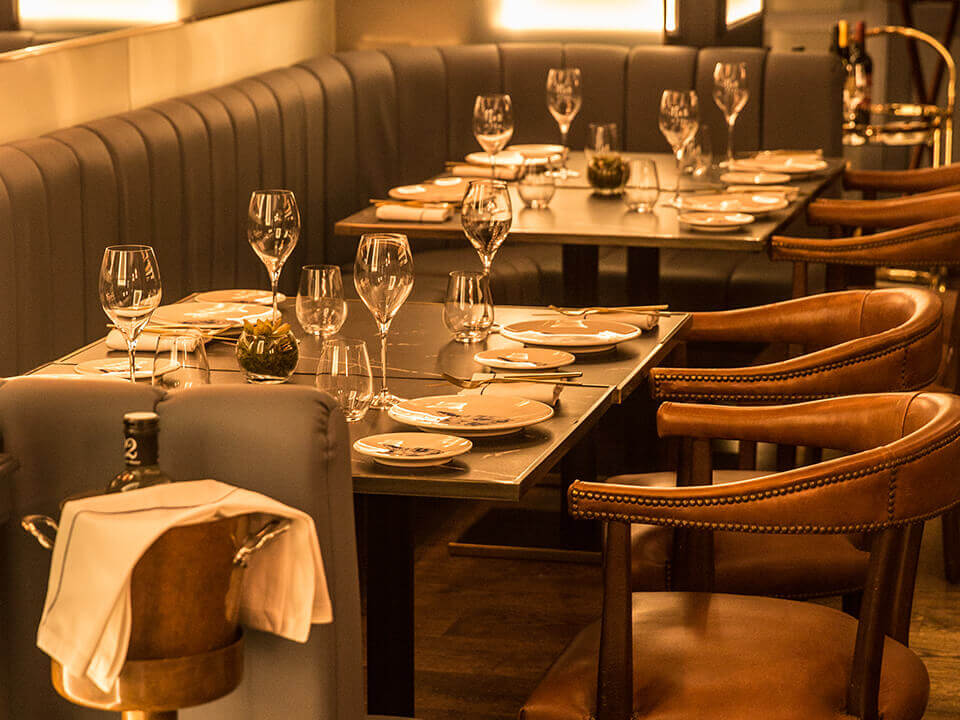 Casa Lobo inherits its mantle from the 19th-century Café Inglés, a favourite meeting place for influential figures from the world of literature, art, music, cinema and leading Madrid celebrities of the day such as: Henri Matisse, Ramón María del Valle-Inclán, Virginia Woolf, Luis Buñuel, Carlos Gardel, bullfighters and singers. This is a dynamic that has been brought back to life with the reopening of the restaurant, after more than 130 years of history, becoming a meeting place for artists, actors and actresses resident in the district, journalists, influential businesspeople and a place where lawmakers make an occasional discrete appearance, owing to the proximity of parliament.

In 1853, its first owner, the well-known and respected businessman Agustín Ibarra, who spent entire days there surrounded by friends, seeing the success of his restaurant, patronised by Spanish and European aristocracy and used as a meeting point by the most celebrated artists in the late 19th century and the 1920s, decided to build an edifice where his diners could stay. Thus it was that the Gran Hotel Inglés, Madrid’s five-star hotel, which is located cheek by jowl with Casa Lobo, came into being.

Agustín Ibarra brought an avant-garde team from Europe and all manner of creature comforts such as gas-fired boilers and baths.  In the basement there were kennels for the hounds brought by his aristocratic friends who visited the restaurant and stayed in the hotel during the hunting season. It was one of the first business premises in Madrid to have electric light and was the venue where the revolutionary leader José Rizal (a regular at the restaurant’s celebrations) toasted the independence of the Philippines. The former president of the Philippines, Imelda Marcos, paid a visit to the restaurant in the 1980s, donating a commemorative plaque in memory of this first toast.

The legend of the wolf 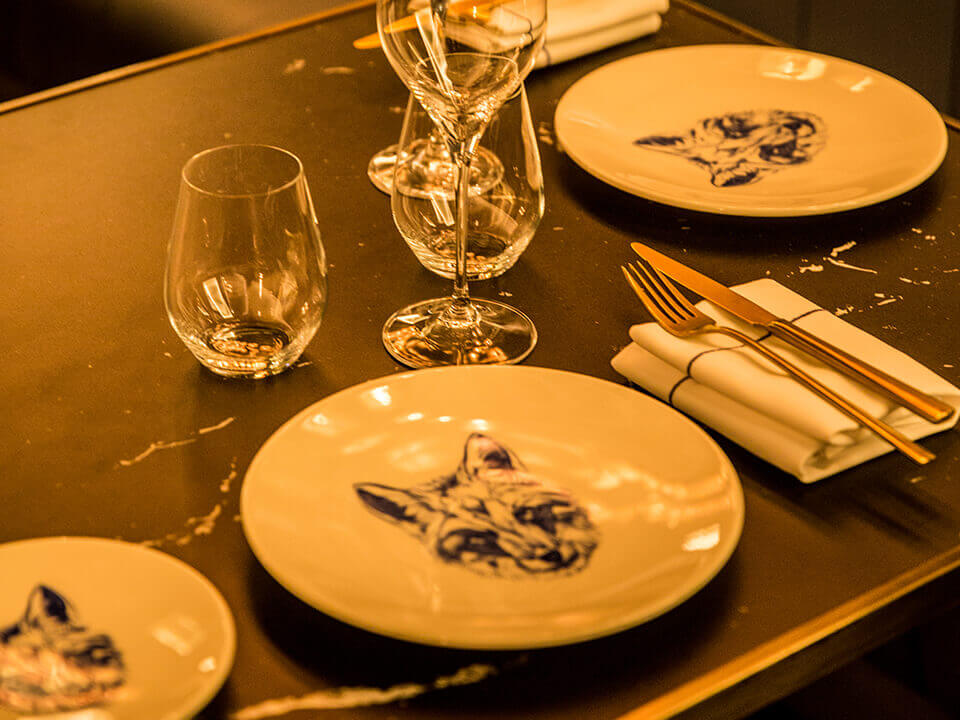 What is now Calle Echegaray, where Casa Lobo is located, was formerly known as Calle del Lobo (literally ‘Wolf Street’). Legend has it that during the 17th century a taxidermist had his workshop on this site, a gruff and rather unsociable fellow who displayed at the entrance a fierce-looking stuffed wolf that he himself had killed. The children of the district were terrified of this creature.

One day a boy attacked the wolf in front of his friends to demonstrate his bravery and destroyed it. The enraged taxidermist struck him with a single fatal blow. Local residents turned on the taxidermist, determined to lynch him. The boy, thanks to the quick thinking of a neighbour, was taken to a statue of the Virgin Mary. After hours of beseeching and prayer, a miracle occurred and his life was saved. The taxidermist fled, avoiding being lynched, the child’s life was saved and the wolf was no more.

Casa Lobo is able to seat 35 diners, offers two private rooms with space for 8-16 people; and a “smoking-friendly” area, an intimate terrace designed for smokers, for disconnecting from the hustle and bustle of the city. The restaurant is currently open from Tuesday to Sunday from 13:30 to 15:30 and in the afternoons from Tuesday to Saturday from 20:00 to 23:00. The wolf of Calle Echegaray 8 and the genius of gastronomy await you at Casa Lobo. Why not book your table now? 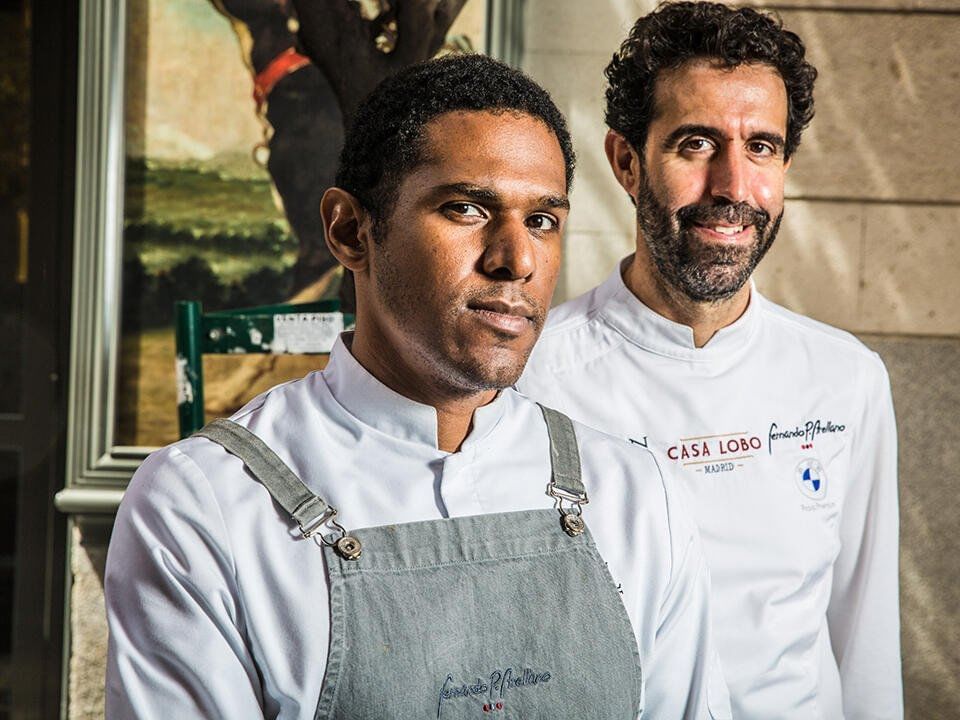